A monthly review curated by the Mass Media and Culture team

An ode to beginnings, as so many come and go, we forget to appreciate those seedlings of opportunity we reap at harvest. Though the seasons pass, the ripeness of opportunity never decays. For everyday blossoms a vast array of possibilities, where our daily tasks become branch points of new connections. Some assume that the gentle flutters of a butterfly build up to the brutal winds of the hurricane, and that small actions amount to larger consequences. This law of Causality is what makes beginnings so exciting. For that first date, becomes your wife; your first job becomes your career, and this gentle read becomes an inspiration. To appreciate this, the team within MMC has worked together and curated this small monthly review in dedication to the beginning. As we start afresh this semester, we’re greeted with so many possibilities. Starting today your life can take so many different paths just from one action you did differently. The team and I at MMC hope our tribute to the beginning finds comfort in your heart as you read today.

“The Book of Laughter and Forgetting” by Milan Kundera

Milan Kundera, a Czech writer who went into exile in France in 1975, has had all his works banned in his home country. Living through the Prague Spring, a brief period of liberalization in Czechoslovakia, many of his works are centered upon this political atmosphere, including ‘The Book of Laughter and Forgetting’. The book revolves around the paradigm of “historical amnesia” and reflects on the process of deliberate historical erasure imposed by the communist regime. That is to say, he takes on the theme of ‘beginnings’ from a rather somber perspective. As Kundera said: The first step in liquidating a people is to erase its memory. Destroy its books, its culture, its history. Then have somebody write new books, manufacture a new culture, invent a new history. Before long that nation will begin to forget what it is and what it was. The world around it will forget even faster. 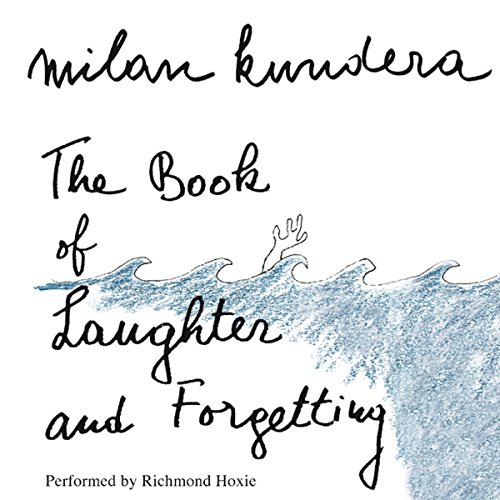 “Kafka on the Shore” by Haruki Murakami

Kafka, the self-given name of one of the two characters we follow throughout the book, runs away from his home at the age of fifteen. He and his alter ego Crow, set out for a new journey with nothing but a backpack. As the whirl of events pivots on a deep dive into new beginnings, Crow promises both Kafka and the reader that at one point in the journey, a “violent, metaphysical, symbolic storm,” with “hot, red blood” will come and, “Once the storm is over you won’t remember how you made it through… But one thing is certain. When you come out of the storm you won’t be the same person who walked in.” 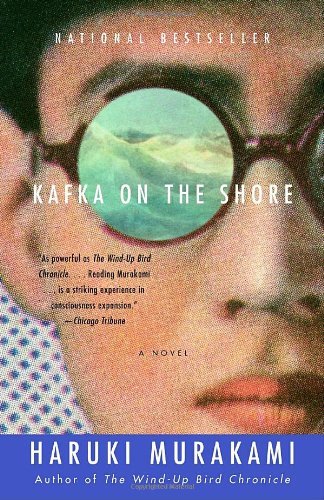 Eternal Sunshine of the Spotless Mind

This movie is a powerful and psychologically stimulating one in which, after a painful breakup, Clementine (played by Kate Winslet) undergoes a procedure to erase all of her memories of her former boyfriend Joel (played by Jim Carrey). When Joel finds out, he too undergoes the same procedure, and just like that, they have both forgotten the person they loved. The film is visually interesting, trippy and explores themes of the intimacy of relationships, and how the pain of the loss of it may result in seeking new beginnings in life, in whichever form they may come. 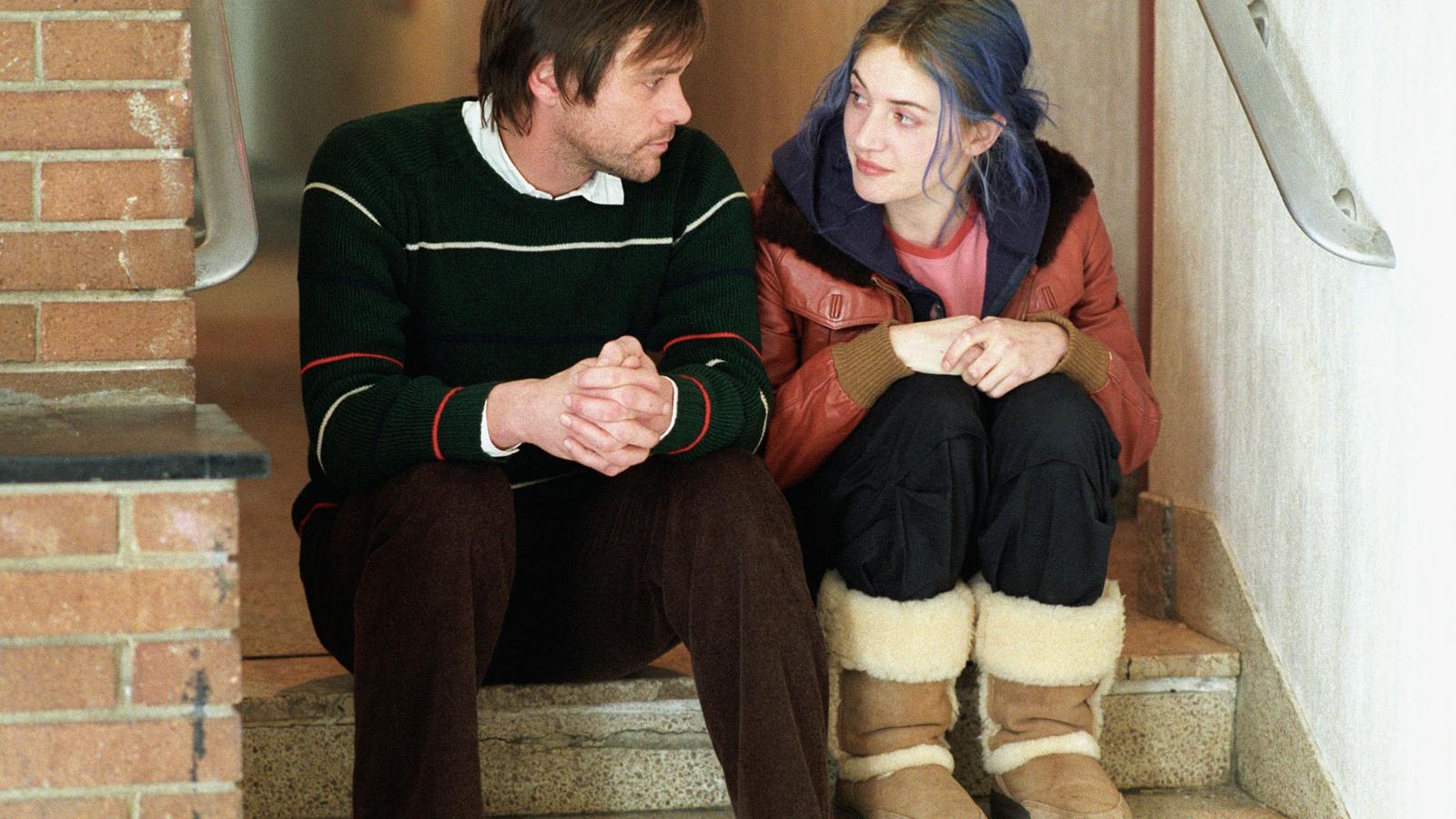 After graduating as a top student at a top university, the protagonist Christopher abandons his possessions, gives his entire $24,000 savings account to charity, and hitchhikes to Alaska to live in the wilderness. Along the way, he encounters people and experiences new things that will come to shape the future of his life, demonstrating the surprising paths that new beginnings can inspire. 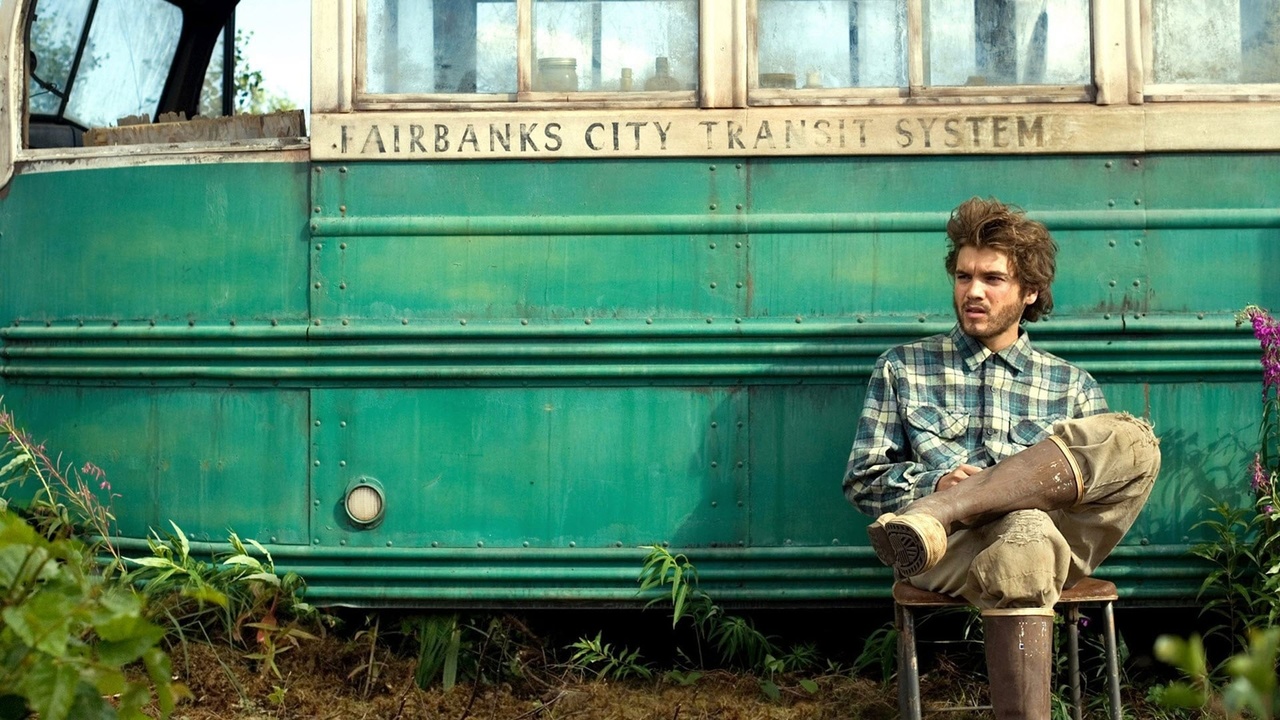 ‘What you seek is seeking you’

From nostalgia’s bitter taste, through the hardships of letting go, past the desire for grandeur, and in between painful transformations, the ‘on beginnings’ playlist is here to accompany all seekers of new beginnings towards the promised lands.

Designed to be heard in sequence. Moving in Space without Asking Permission by the American artist Andrea Bowers is a continuation of her exploration of politics and feminism through art. For her first solo show in Italy, she uses the setting, the Galleria dell’Arte Moderna, as a space of inspiration and contemplation. Not only does it take the viewer back to the beginning but through history and back to where we are now. If you can only stay to see one piece, watch the lesson on “Feminist Combative Self Awareness” (Fondazione Furla). Alessandra Chiricosta is a university professor in Rome who also teaches women self-defense. It was filmed in the Villa Reale set both in modern times and the past. The exhibition gives time to reflect on women’s emancipation in Italy – both to be grateful and maddened about the state of our world. 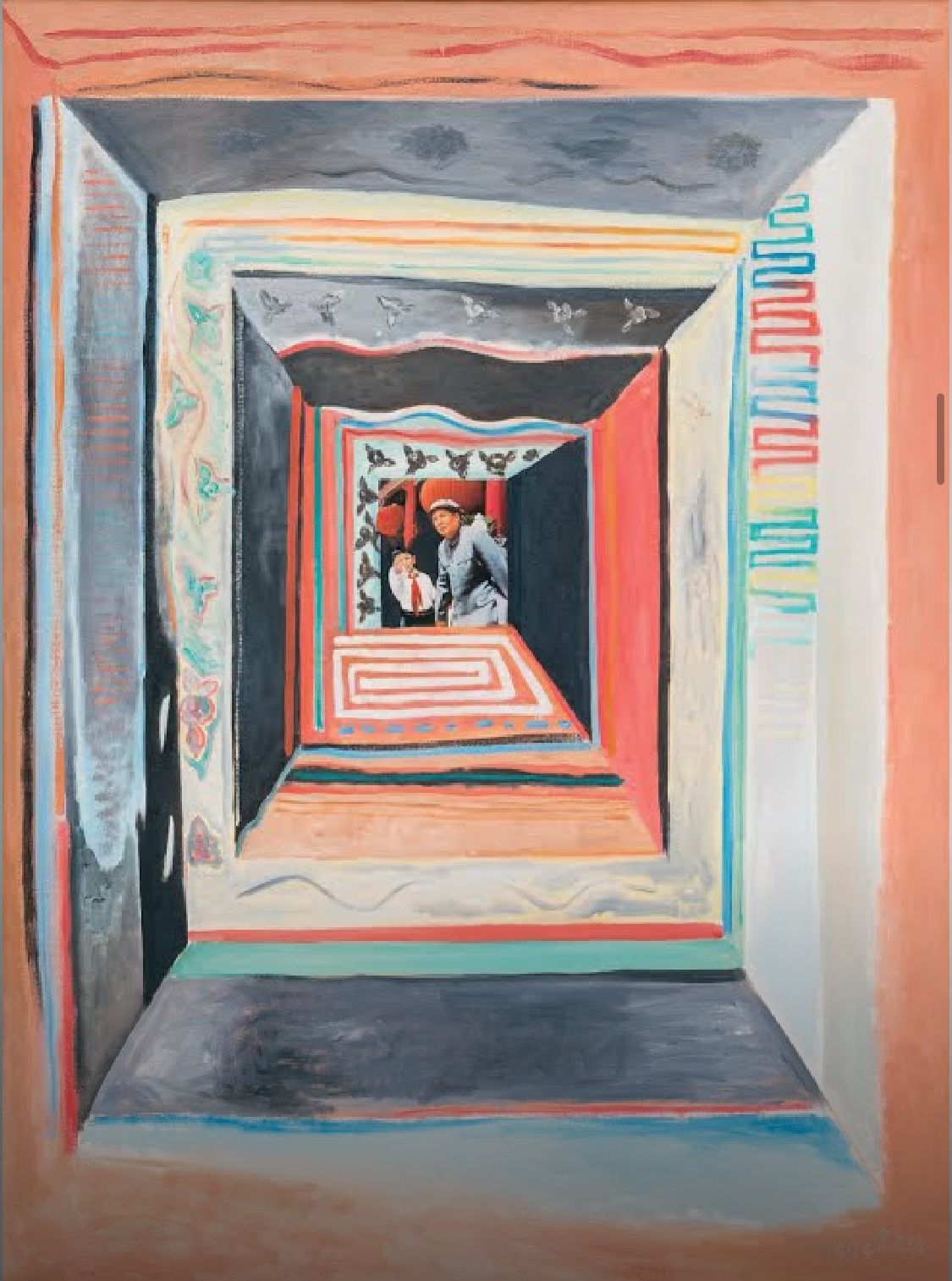 Yu Youhan’s painting shows the fluid dynamic of the world, which changes from generating a self-regulated harmony.

In the 1990s, Yu participated in the wave of Political Pop.

The portrait of Mao showed playful contention with official ideology. Mao seemed to be placed behind layers and layers of frames that deconstructs and reconstructs the varying environment of a tumultuous period of history. Yu Youhan is known for his circles, in constant cycles, that marked the beginning and the end.